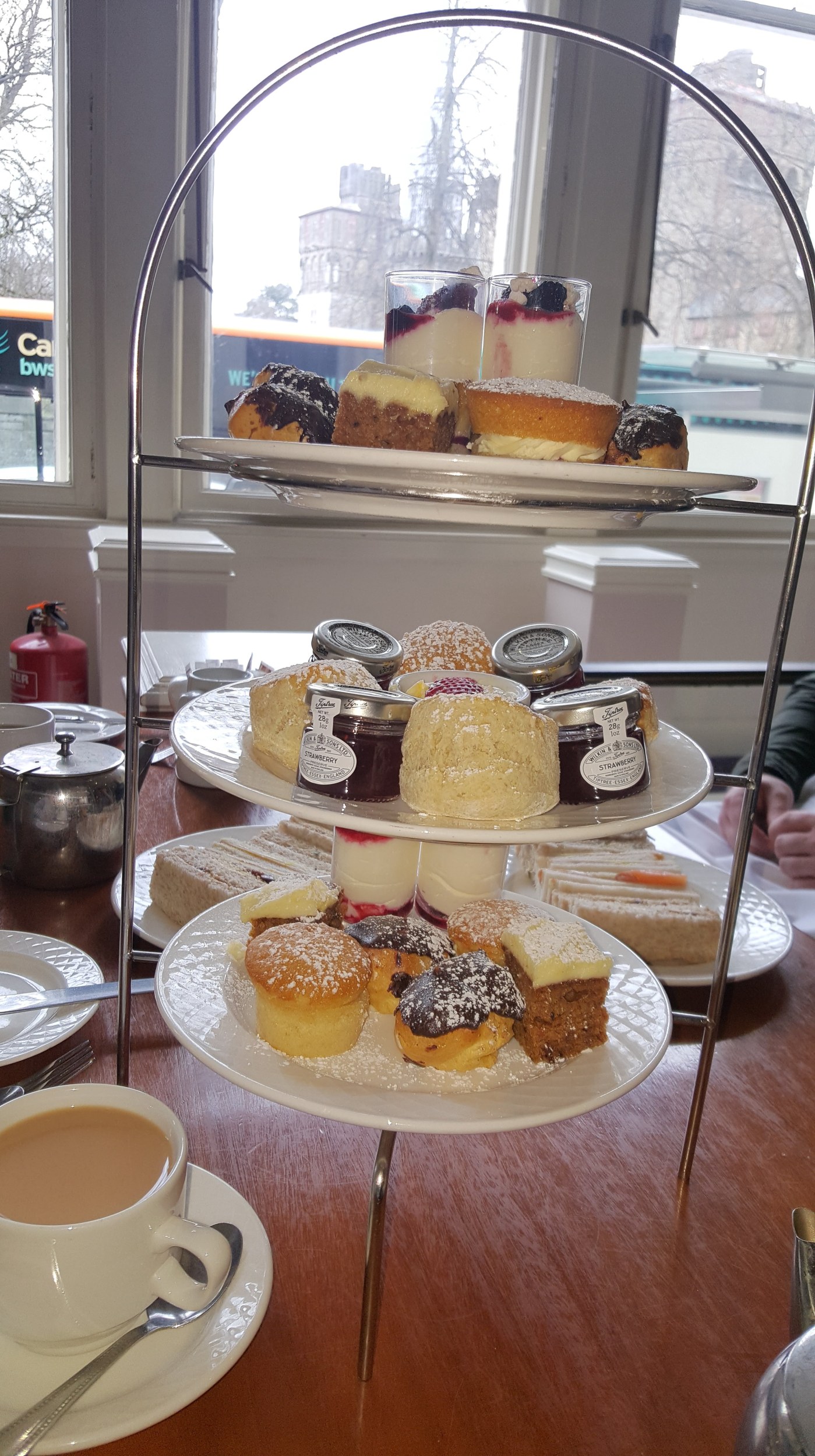 I noticed an offer on Groupon for afternoon tea at the Angel Hotel Cardiff for £19 for two people. I hadn’t been to the Angel for a good few years, so thought it would be a good excuse for a catch up with my sister-in-law. We decided to invite the hubbies too- as a treat.

When we entered the bar area the radio was playing Flo Rida’s Low, which was quite amusing! The dining area was quieter.

We were seated near the back of the dining room, with a good view of Cardiff Castle. Every time I tried to take a photo of the view, a Cardiff Bus would pull up and park, hence the bus in the background of the cake stand pic!

It was quite quiet in the dining area and I was a bit conscious people could hear us talking loudly.

The sandwiches were salmon, ham and mustard, cheese and pickle and egg mayonnaise. They were tasty but the mustard was too strong for me. We had advised on booking that there are two people that didn’t want salmon, so we had extra cheese and ham.

The scones were lovely and came with an individual Tiptree strawberry jam, but there was only one small pot of clotted cream for all four of us. We had to ask for more cream as even just spreading it like butter it wouldn’t have been enough. I love clotted cream so I like a big spoon !

The cakes plate consisted of a mini Victoria sponge, a carrot cake, a profiterole and a mini eaton mess.

The staff were friendly and attentive. They were quick to refill milk and cream.

There wasn’t much atmosphere in the dining room, but we were there on a Sunday afternoon so it may have been quieter than on a Saturday? The usual price is £25 for two people. It was good value for money with the Groupon deal and it was a handy central location to do a spot of shopping after. I don’t think I would choose to go back at full price, but it was ok at the discounted rate.